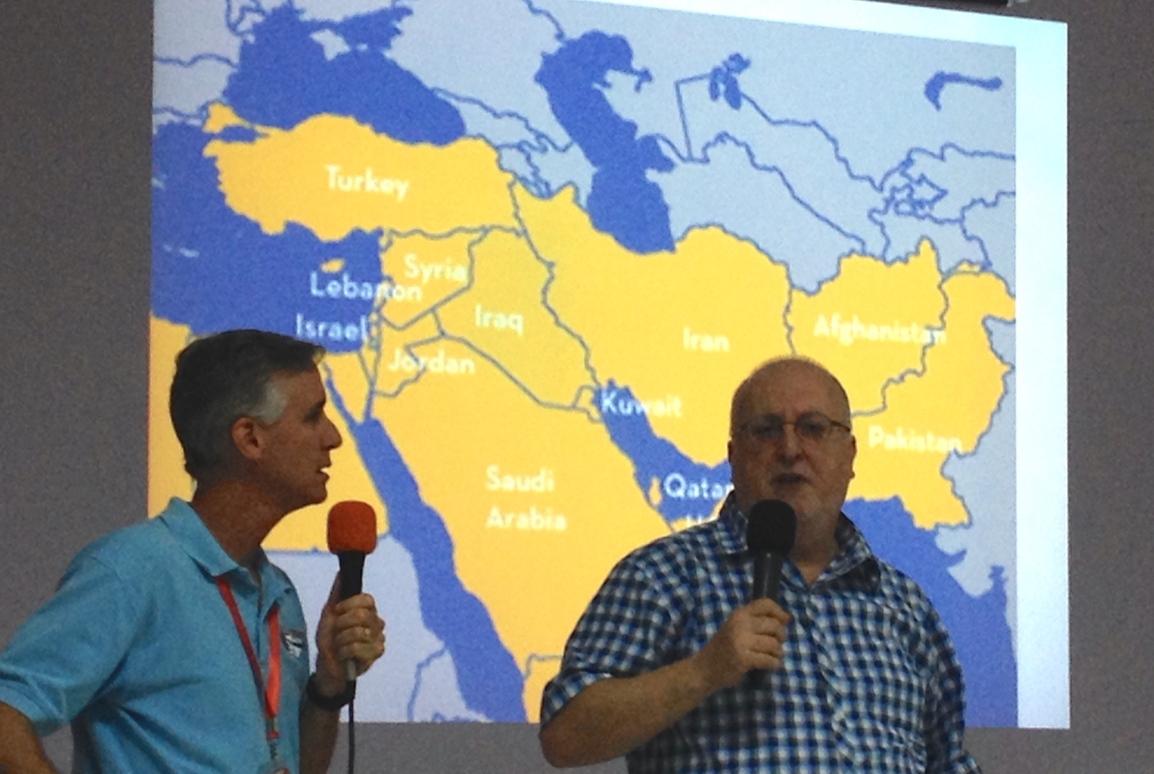 The Apostle Paul, after trying to get into Asia after traveling through modern-day Turkey, in Acts 16, received a clear vision in the night, a call from Macedonia, a heart wrenching appeal, a vision of a lost man asking for help…in April 2016, National Foursquare Leaders from all over Latin America received the same call in Panamá.

MENACA is an acronym used by Foursquare to include these three regions: Middle East, North Africa and Central Asia.  This is one of the least evangelized areas and also a region that is very hostile towards Christians and churches being established.  Because of this very reason, and the minuscule number of missionaries being sent here, this call was so poignant and clear.  Our National Leader from Turkey, pictured above, shared his personal testimony of how he came to Christ.  It was a long internal fight and happened almost completely independent of any outside intervention, other than the availability of a Bible and an orthodox church several hundred miles away, both of which he sought out of his own accord.

Foursquare Turkey is actually the largest denomination in the country.  But, before you get too excited about this fact, realize that in a population of Turkey is 70,000,000 and only 4,500 Christians.  It is a staggering thought that less than 0.01% of Turks are Christians, and yet the churches in Revelation 3-4 and Galatians, Colossians, Ephesians and the church in Antioch were all addressed to churches in Turkey.

You can watch the following video outlining the Foursquare work at the link below.  Because of the sensitivity of this region, the video is password protected.  The password is: 4sqchurch2013

Next post we will look into another country in MENACA where Foursquare is growing in influence and establishing a foothold for the Kingdom of God.